What Is Snowplow Parenting? 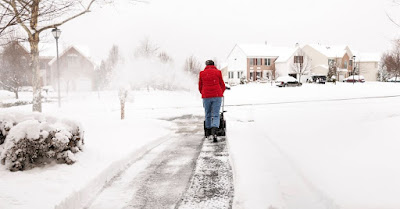 Snowplow parenting, also called lawnmower parenting or bulldozer parenting, is a parenting style that seeks to remove all obstacles from a child’s path so they don’t experience pain, failure, or discomfort. However, these experiences are crucial for healthy childhood development and help children learn important life skills.

What Are Over-involved Parenting Styles?

Snowplow parents attempt to remove as many challenges and obstacles from a child’s life as possible in the hopes of guaranteeing success and minimizing frustrations and failures.

This parenting style is often confused with helicopter parenting., which involves hovering over a child to rescue them swiftly once a problem occurs instead of trying to clear the obstacles all together. Both types of parents are over-involved with their kids, and while over-involved parents want the best for their children, too much involvement can have negative repercussions.

Because you want your child to be successful and happy, letting them fail and experience disappointment can be a real challenge. But failure is important. And when a child isn’t allowed to experience disappointment and failure, they aren’t able to develop the necessary skills to live their own life. They need to learn how to pick themselves up after failure and find another way to succeed.

Snowplow parenting will look different for each child. It typically starts off small and seemingly inconsequential, but normalizing the habit will set them up for harsh failure later.

Over-involved in school. Some typical snowplow parent behaviors include: “helping” a child with a project or assignment by doing most or all of it; attempting to intervene if their child gets a bad grade; or being in constant contact with their child’s teacher.

Over-involved in college. While checking in on your college-aged child, especially if they exhibit any troubling behavioral patterns, is normal, snowplow parents might take things too far. Some examples of over-involved behavior of snowplow parents include: texting their child to make sure they get up for class; scheduling doctor’s appointments or oil changes;  or emailing professors or school administrators on behalf of their child.

Snowplow parenting sometimes provides short-term relief from stress and frustration to the parent, which makes it an understandable tendency for even the most well-meaning parents. However, repeated and constant snowplow parenting tactics have negative effects on childhood development, and reinforces the idea that children are not capable of doing things on their own.

Snowplow parenting stunts skill development. By not letting their child deal with challenging situations, snowplow parents inhibit them from developing necessary skills such as stress management, coping with failure, and decision-making.

Snowplow parenting teaches your child that they are not capable. They learn that they can’t make life decisions without you leading the way. This routine gets worse the more it’s repeated, eventually causing your child to lack the competence to make their own decisions about their life and manage their own emotions.

Your child gets used to having their way. Since their success comes naturally without many hurdles to cross, the child of a snowplow parent will underdeveloped coping skills. As a result, they’ll likely struggle socially and in school when things don’t go their way.

How to Avoid Being a Snowplow Parent

Lead by example. Show them how to positively respond to stress and communicate how you cope with frustration and failure. Your child will learn from you and mimic your actions.

Listen to wishes. If you always choose what’s best for your child, you never get the chance to hear what they want. Spend time listening to their desires and goals. They will fail while pursuing their goals, but they will learn from failing.

Praise effort, not success. Rather than teaching them that only their success matters, emphasizing the journey will help give them a perspective on their journey. They will learn to be uneasy and to be outside of their comfort zone.

Don’t fix their problems. Diving in to fix your child’s problems when they arise prevents them from developing their instincts and problem-solving skills. However, don’t throw them off the deep end. Walk them through how to solve their problems and make decisions about their stress.